The web has come quite far since web 1.0 in 1989 until its gradual replacement with the emergence of web 2.0 in 2005. Web 3.0 is currently well underway. Businesses hold our data and can use it to be commercialised and used to manipulate public opinion.

Web 3.0 will solve these issues, return content rights to authors and build a new digital economy. Web 3.0, at its core, embraces automation, artificial intelligence, machine learning and blockchain technology, which are reputable for transparency, security, and their immutable nature.

There were no algorithms, no suggested content, no ecommerce carts to check out with, only search and read-only online content. The content was highly informative and not engaging or entertaining.

There were certainly no comments sections, views or 'likes.' Now, this would be termed a legacy website, but this was revolutionary back in the Web 1.0 period of 1989-2005.

Main characteristics of the web 1.0 internet

By the time web 2.0 came along, its purpose began by building on web 1.0's limitations.

Web 2.0 added additional features, which is the web version we use today.

The like, share, and comment buttons on social media and websites today are examples of features under web 2.0. Web 2.0 is more dynamic, unlike a static web 1.0.

Users cannot only search but also engage, interact and connect. Platforms created algorithms to aid us in sifting through pages. Relevancy to our search intent became paramount. Users can pay online with their debit and credit cards in just a few clicks.

Furthermore, we became web creators - creating content that would entertain others and provide business opportunities. Think of articles on LinkedIn or YouTube and TikTok videos of social media influencers.

Main characteristics of the web 2.0 internet

However, these guardians of our data can collect and use users' data without their permission. It is the price you pay to use their centralised platforms. Furthermore, if you fall foul of their standards, you can be banned from using their platforms. If a former President of the United States can be banned on Twitter and Facebook, how much more you?

Rather than guardians of our data, they should be seen as overlords of the platforms. They are not only open to hacks, but they also use our data to serve their own purposes.

The personalised data these platforms harvest from us makes us the product. And subsequently, we are bombarded with advertisements tailored from our personalised data in the hope that you buy those products and services. It's how these centralised platforms make revenue, and in return, you are free to use their services.

Web 3.0 aims to create a decentralised worldwide web where every individual will be in control of their data.

Big companies, including Facebook, TikTok and Twitter, wouldn't have access to your data without your consent. Instead of using these applications by giving up your data, web 3.0 will encourage users to earn as they use them.

The web 3.0 evolution will impact all aspects of human interaction because it leverages the power of blockchain technology to preserve ledger records that are accessible to everyone. Thus, ensuring they cannot be destroyed or altered by anyone.

Web 2.0 bots like Siri, Alexa, Cortana and Google Assistant do this, but they are limited.

Web 2.0 bots cannot read emotions yet through the written word. So, all these: blockchain technology, AI, machine learning, and the Internet of Things (IoT) will work complimentary to foster a better user experience in web 3.0.

Organisations and their data and ideas currently dominate the internet. Personal data is commercialised, and their algorithms easily manipulate public opinion. These lead to the following concerns for web 2.0 users.

Using blockchain technology to manage, will require a public decentralised digital registry of who owns what on the network: money, asset ownership, real estate, or medical records. Each registry entry will link to the previous entry so that they are all connected as a chain and cannot be faked or counterfeited.

To add a new record, miners are needed. Miners store copies of the blockchain on computers to prevent data loss; to verify and confirm transactions by solving mathematical problems. To solve these problems, they are rewarded.

There is no singular, central point of trust in this ecosystem. Each user follows one rule, which is not to trust anybody. They only verify the data they have obtained.

What are the benefits of decentralising the internet?

The case for decentralising the internet is compelling, and the most prominent benefits of decentralisation include:

Typically, only the site owner or webmaster could contribute content to a site on legacy websites. On Web 2.0, users can create their publications on microblogging sites like Twitter.

However, everything the user (content creator) does on the platform is the website itself. Even the photos you upload to Facebook are not 'yours' per se. They are now the property of Facebook unless you delete them. On a decentralised internet, users will be able to trade their data assets without intermediaries, who usually dictate their own rules and possibly charge fees for transactions.

After smart contracts have checked that both 'wallet accounts' have satisfied the agreement terms, a blockchain transaction is completed. For instance, if Artur sent his NFT, as promised to Keirin, he would receive the agreed reward.

Web 3.0 will be more secure and private than web 2.0. Hackers and criminals will find it more challenging to penetrate the internet and create elaborate scams. Because each transaction must be agreed together on the blockchain. If not, it will be revoked and even tracked if they attempt to do so.

Companies can benefit from decentralisation. If they create a decentralised autonomous organisation (DAO), they can specify conditions that must be met to receive payment. Companies will write these terms as smart contracts on a blockchain:

Since no central organisation is performing operations, distributed denial of service (DDOS) or other service failures cannot affect the system. With Web 3.0, users can share data and critical services without worrying about service interruption, like financial services and supply chains.

How will web 3.0 be implemented?

The rollout of Web 3.0 won’t be instantaneous, instead, we will be moving through a sort of web 2.5 phase which will culminate in the creation of web 3.0. Creating an ecosystem that can end the monopoly of the big tech companies and reimagine how we interact with the internet is not a straightforward or simple undertaking. Facebook's rebranding as Meta even suggests that legacy companies have identified the risks of not migrating to web 3.0 as they seek to maintain their level of influence and control for as long as possible.

It will require considerable resources and infrastructure - and yet, for the 7th quarter in a row, funding for blockchain companies increased; the last quarter had a record investment of $9.2 billion.

Whilst nobody is sure when we will see a fully-fledged web 3.0, many online communities are working on different projects to bring web 3.0 to life.

Despite the hype and sneering at Web 3.0, if you consider the trajectory from web1.0 - web2.0, you will realise that the latter builds on the limitations of the former. In that same way, web 3.0 is doing this now - building on the limitations of web 2.0, and many applications focused on web 3.0 are rolled out by the day in various sectors.

Let's examine the finance industry. The future currency regarding finance are cryptocurrencies that have their root in the blockchain technology that powers web 3.0. Now people send money cross-border more than ever without any centralised provider. Bitcoin, Ethereum, Ripple and a host of others have already become digital asset use cases that bring web 3.0 solutions to the internet.

Other sectors are currently under development; however, it will only be a matter of time before they are vying to take over from their web 2.0 counterparts, as users seek more trust and security in their data.

It was the same trust in centralised exchanges that made web 2.0 thrive. This trust is what is powering web 3.0, not in any centralised platform but in an unalterable entity that holds a permanent record of transactions.

That trust is in blockchain technology. 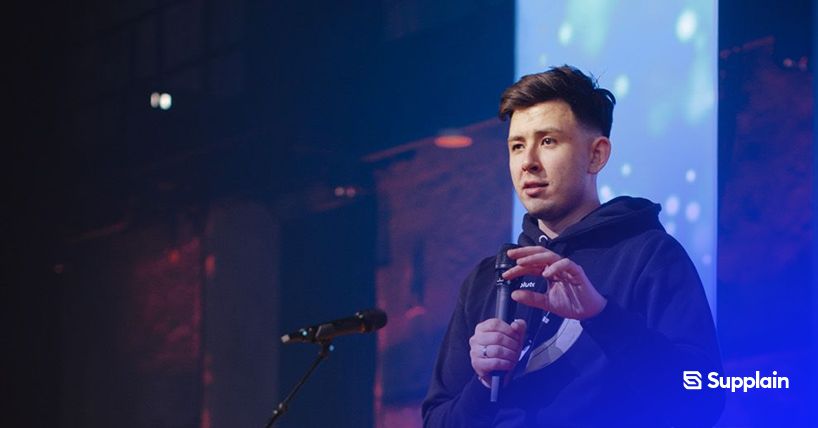 There is much hype about blockchain, but how do we separate the blockchain hype from reality? Web3 and blockchain entrepreneur Sander Gansen discusses. 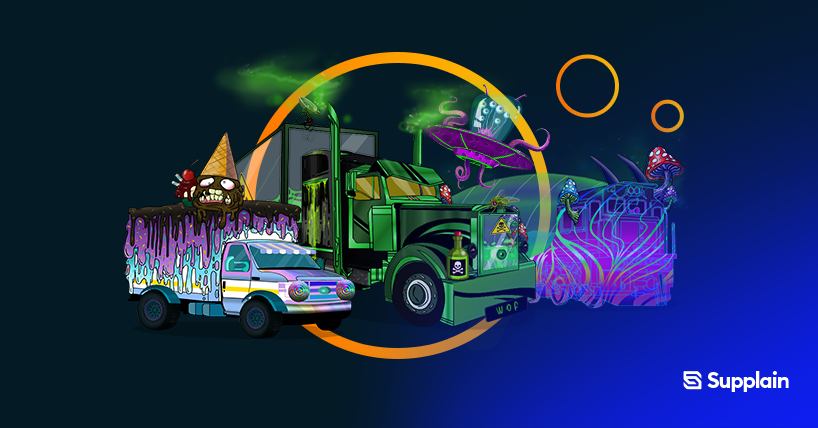 Why get a World of Freight NFT?

The collection of 10,000 freight vehicles has become the poster child of supply chain NFTs. But why get a World of Freight NFT?

This article lists the top 25 supply chain innovation companies globally and why.

Fixing supply chains w/ SupplainHere are the top NFTs with Utility [Updated List]NFT terms you need to know [Test your NFT vocabulary]Top blockchain, crypto and NFT events to flock to in 2022 & 2023Top NFT statistics that will blow your mind19 Blockchain application use cases that will surprise youCan web 3.0 solve the problems of web 2.0?What are global supply chains, and why do they matter?